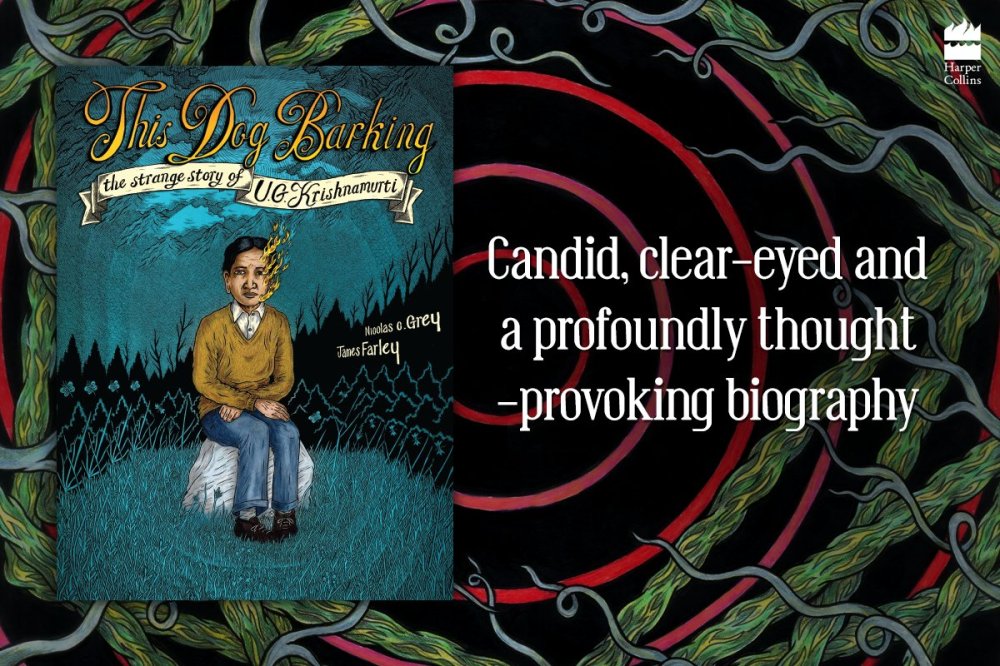 When Nic and I arrived at the entrance of the British Library in Bangalore, there was this crazy dog barking on the street…made me wonder whether it was U.G. cussing at us. Nic said it was auspicious, but he’s weird. Most people think that calling someone a dog shows disrespect, but U.G’s ranting often inferred that we’re all barking dogs whether you’re Albert Einstein, Aristotle or a saint because a voice is only given meaning by the person interpreting it, and our interpretations are heavily influenced by our cultural conditioning, which is why one sentence can be perceived in so many different ways. This was U.G’s typical response when people came to talk to him and so Nic and James decided to entitle the book ‘This Dog Barking ‘.

The audience was mostly made out of U.G’s friends, who had also gathered together two days before for his 10th year death anniversary. They were elderly Indian people who looked rather conservative, but weren’t really because you can’t really be conservative and get U.G.

U.G was known for having a skill at deconstructing every belief you’ve ever held on to, if you let him I guess, kind of like the soulful punk of Patti Smith. Nic said during the second book launch, that U.G. appealed to him because he wasn’t going around saying he had a secret in his pocket like most spiritual teachers do. In fact he was saying that there was no secret to the liberation and peace we seek…it just happens or doesn’t and you don’t really want it to happen, because the pain disappears together with pleasure. My dad, who also attended the book launch, said U.G. sounds like he appeals to people who don’t quite fit in, he said he didn’t fit in either.

And so it seems like U.G. attracted all kinds of weirdos…nice weirdos 🙂 The misfits, the crazy ones, the homeless, junkies on the verge of a breakdown…like Nic and James who then spent 12 years writing and drawing a comic book about this strange guy called U.G. It probably saved their lives. The whole story of how Nic and James met at Narcotics Anonymous and then decided to write a book about U.G., and now 12 years later they have this fascinating comic book published…blows my mind!!!